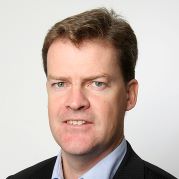 Director of Research and Technology at GKN Aerospace Engine System

Henrik holds the position as Director of Research and Technology at GKN Aerospace Engine System a world-leading supplier in the commercial, military and space propulsion industry.

Henrik has been working in a number of leading positions in GKN Aerospace and has broad experience in both national and international R&T activities. Henrik is a member of the Swedish government advisory council for research and innovation and he is the Swedish representative in the European Aerospace and Defense organization (ASD).

Henrik received his master degree in Mechanical Engineering from Luleå University of Technology where he also received his Ph.D. in computational mechanics. During his doctorate, he spent part of his time at Carleton University, Ottawa, Canada.