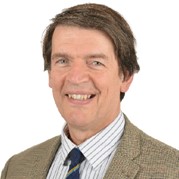 Pericles Pilidis obtained his B.Sc. and Ph.D in Mechanical Engineering from Glasgow University. He also obtained his MBA degree from Glasgow University in 1986. He was appointed as Lecturer in School of Mechnical Engineering at Cranfield University in 1986. He was then promoted to Senior Lecturer in 1993 and Professor in 2001. He has led several groups at Centre for Propulsion at Cranfield University through several roles. Some of his notable roles were Deputy Director, Rolls-Royce UTC and Head of Propulsion Engineering Centre. He is a fellow of the Royal Aeronautical Society and has an extensive track record of 200+ journal and conference publications. He has also supervised 250+ postgraduate students including 70+ PhDs.

All session by Adam Dissel