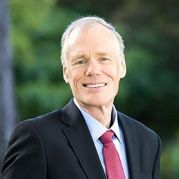 During his 37 year career with Boeing, Steve has worked on a wide range of commercial and military aircraft programs. He began work at Boeing on the Condor Unmanned Air Vehicle – an aircraft that set world records for altitude and endurance in the late 1980s. Subsequent to Condor, he spent over ten years developing auxiliary power and main propulsion systems for the F-22 and X-32 fighter aircraft. In 2002, Steve moved to the Boeing Commercial Aircraft PSD as part of the 777-300ER/LR propulsion system certification program. In 2004, he joined the Boeing Engine Audit Team and oversaw the engine installation mechanical design aspects of new engine selection and development. He was selected as a Boeing Senior Technical Fellow in 2011, Principal Senior Technical Fellow in 2019, and Distinguished Senior Technical Fellow in 2021.

Prior to joining Boeing, Steve served five years as a US Naval Officer. He was assigned as Main Propulsion and Auxiliary Division Officer on a gas turbine-powered destroyer and later as a member of the Pacific Fleet Propulsion Examining Board. He is a distinguished graduate of the US Naval Academy and has advanced degrees in Mechanical Engineering and Engineering Management from the University of Washington and Washington State University, respectively

All session by Mike Mueller